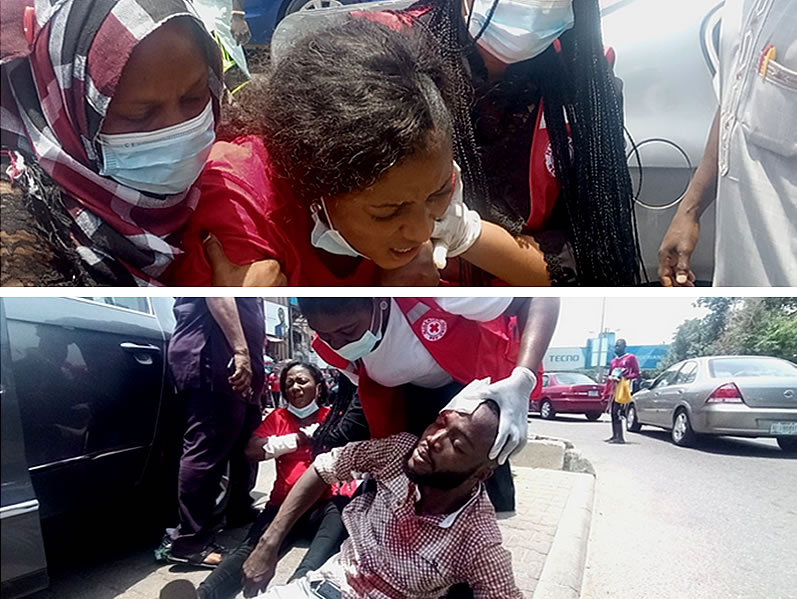 For the uninitiated, Banex Plaza is like the Mecca of Phones and their mobile accessories in Abuja.  It is an extremely busy part of town from sun up till sundown. On this day, the trademark hustle and bustle of that part of downtown was on full display.

Suddenly there was a screech and a scream! General panic.

It was a dripping, hot afternoon. One of those days when you wished the world had a thermostat and that you had the power to turn it down a few notches. The sun which seemed to be halfway across the midday sky, appeared content to blaze down mercilessly in all its glory. At the Banex Junction in Abuja, Nigeria, all seemed well. As normal as is normal, going by Banex standards. A few thousand people in shops and on the street, all trying to sell some telecom gadget or device or accessory to the next person.

Let me explain. Sometime in mid 2014, a bomb went off on the road leading to Banex Junction. Since then, everyone living, trading or working around there has been understandably on edge. Before you knew it there had been an accident. Both the driver and the occupant of the front seat were injured. There was wailing, shouting and general chaos.

Someone shouted: ‘Call the hospital!’.

Another voice replied: ‘Which Hospital?’

Then as if by clockwork, an ambulance showed up. Within seconds, paramedics had assessed the situation, extricated the driver and passengers from the car; taking care to carry them out carefully, so as not to cause further damage. Victims were put in the recovery position first. Before bandaging their wounds and carrying them into the ambulance on stretchers.

Now tell me, if you had run into this accident scene that I described above, would you have been able to support and treat the occupants of the car in the same manner? If this story has sparked your curiosity and you are interested in joining the Nigerian Red Cross Society or you want to simply learn basic First Aid,