The Nigerian Red Cross Society (NRCS) was established through an Act of the Parliament in 1960. The Act, referred to as the Nigerian Red Cross Act of 1960, CAP 324 states in Section 5 (1) that ‘the Society shall be recognised by the Government of the Federation as a Voluntary Aid Society, auxiliary to the public authorities’.

This shows that we are a creation of the Federal Government of Nigeria and statutorily meant to complement public authorities in the area of humanitarian interventions. Our mandate is derived from the aforementioned Act of Parliament and the Geneva Conventions of which Nigeria is a state party.

The History of the Red Cross 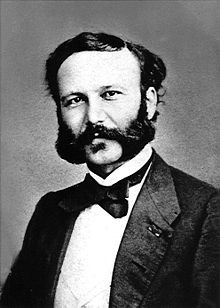 In 1859 Henry Dunant, a Swiss businessman traveling in Italy, witnessed the grim aftermath of the battle of Solferino. On his return to Geneva, he wrote an account of what he had seen. In memory of Solferino, in which he put forward two proposals aimed at improving assistance for victims of war:

The adoption of a single distinctive sign that would confer legal protection on army medical services, volunteer aid workers and victims of armed conflict was one of the main objectives of the five-member committee that met on 17 February, 1863 to study Dunant’s proposals. This committee was later to become the International Committee of the Red Cross (ICRC). The sign or emblem as it was eventually called had to be simple, identifiable from a distance, known to everyone and identical for friend and foe alike.

A diplomatic conference that met in Geneva in August 1864 adopted a red cross on a white background, the colours of the Swiss flag in reverse. However, during the 1876-1878 war between Russia and Turkey, the Ottoman Empire declared that it would use a red crescent instead of a red cross as its emblem, although it agreed to respect the red cross used by the other side. Persia also opted for a different sign: the red lion and sun. Both emblems were recognized by a diplomatic conference held in 1929. In 1980, the Islamic Republic of Iran decided to use the red crescent instead of the red lion and sun.

The Red Cross and Red Crescent emblems are entitled to full respect under international law. However, they are sometimes perceived as having cultural, religious or political connotations, and this jeopardizes the protection they confer on victims of armed conflicts, medical services of the armed forces and humanitarian personnel. Moreover, until recently, National Societies that did not wish to use either the red cross or three red crescent could not be recognized as full members of the Movement. This made it impossible for the Movement to achieve universality. One of the seven (7) fundamental principles and raised the prospect that different emblems would continue to proliferate.

To overcome these problems, the idea of introducing an additional emblem that would be accepted to all National Societies and States was put forward. This idea, which was strongly supported by the Movement became a reality in December 2005 when a diplomatic conference recognized the red crystal as a distinctive emblem alongside the red cross and red crescent.