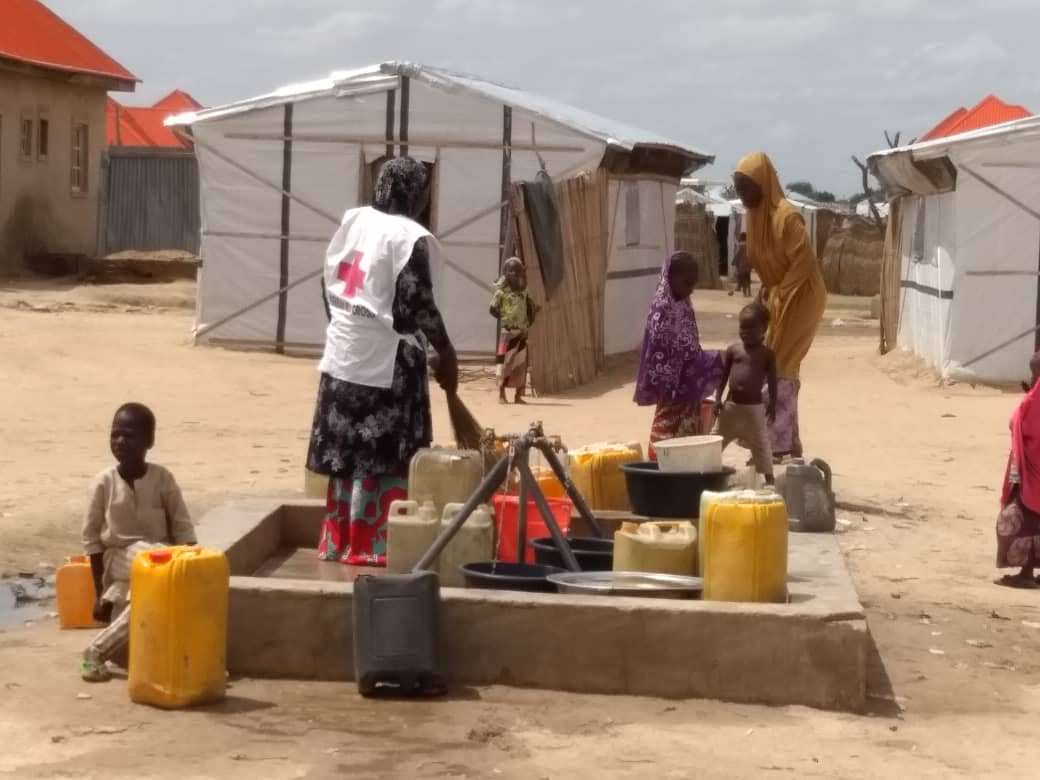 Appreciating the good work of the Nigerian Red Cross Society’s teams in the Camps, the President said, “the Volunteers are the foot soldiers of the Movement adding that the movement can never do without them.”

The National President assisted by the ICRC Head of delegation and the Secretary-General of the NRCS Commissioned a mini Ware House Constructed by the ICRC in the Branch.

He thanked SEMA and NEMA for the good working relationship and support the Red Cross has continued to enjoy and encouraged them to always leverage on the large pool of NRCS’ volunteers to reach the most vulnerable groups even in the hard to reach areas.

Alhaji Bulama Dawud Kyari, Executive Secretary of SEMA Borno State, expressed the agency's gratitude for the recognition, assured full cooperation and support to NRCS and also to inform the State Governor of the partnership.

Garba Abdullahi Sirajo, principal officer relief and rehabilitation NEMA On behalf of the Zonal Director NEMA, said, “based on the saddled responsibilities of the two organizations; both are working towards promoting humanity.”

He also added that “as far back as 2009 When the Crisis in the northern part of the country started, Red Cross has been in the forefront in providing humanitarian support to people affected by the Crisis and so far it has been the first point of call and a baseline for every humanitarian activity in the State.