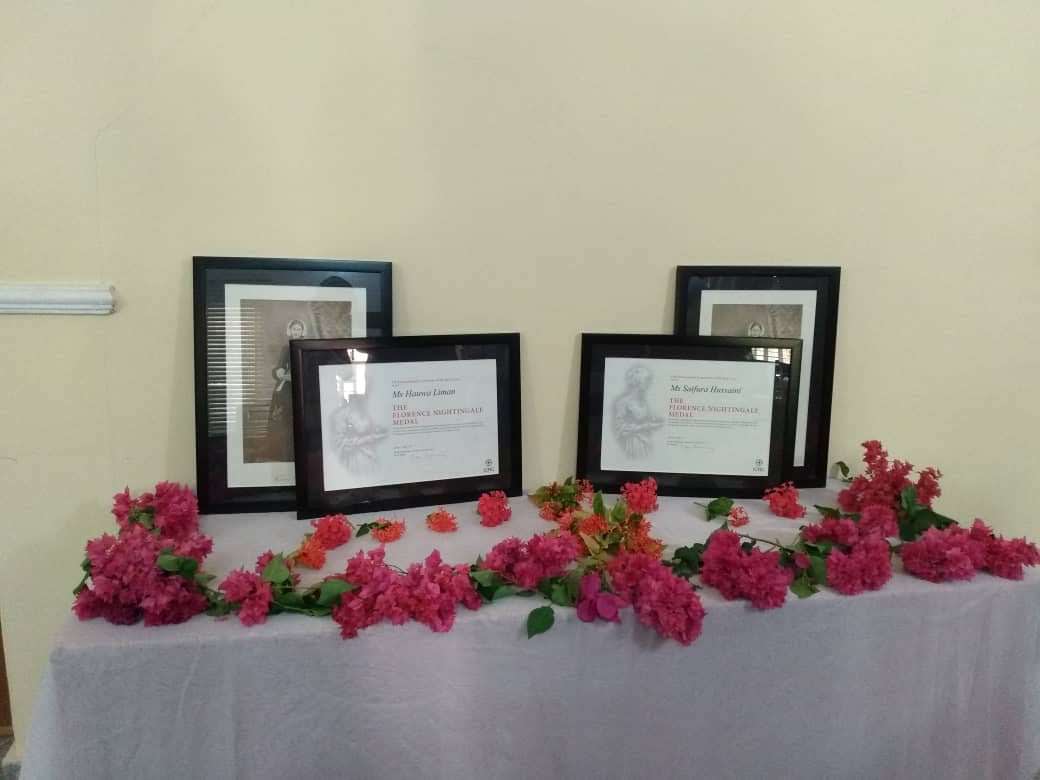 Hauwa Liman and Saifura Hussaini, the two midwives abducted and murdered while in active humanitarian service in the North East, have been honoured and immortalized by the Red Cross with Florence Nightingale medal, the highest international award in the Nursing Profession that is awarded to distinguished nurses that excel in the profession.

Presenting the medal to the two families of the slain International Committee of Red Cross (ICRC) staff in Maiduguri, the President of the Nigerian Red Cross Society, Bolaji Akpan Anani (Elder/Chief) assisted by the ICRC Head of Delegation, Mr Eloi Fillion, said the Award remains the highest international distinction in the nursing profession.

The National President told the families that “the award immortalizes the outstanding contributions and ultimate sacrifice of their daughters in serving humanity.”

“This award is in recognition of the exceptional courage and devotion of Hauwa and Saifura to the victims of armed conflict in the North East, Nigeria.  Only one Nigerian Nurse, Chief Kofoworola Abeni Pratt, had been awarded with the Nightingale Award in 1973.”

Elder Anani further said that “the courage, devotion and commitment of Hauwa Liman and Saifura Hussaini, who paid the ultimate price to the cause of humanity, shall inspire the new generation of midwives and nurses in Nigeria. It also generates tremendous respect for the midwife profession in our nation and beyond.

“Hauwa and Saifura are truly heroes of the Red Cross family, the health professionals and the humanitarian actors. We shall not forget them. Their sacrifice inspires all of us and will continue to inspire us for many years to come, just like Florence Nightingale inspired generations of nurses.”

The ICRC Head of Delegation Abuja explained that “The devotion of Hauwa Liman and Saifura Hussaini to their people, for whom they gave their lives, has profoundly moved thousands of people around the world and deeply impacted the global Red Cross as well as the people the Red Cross assists.”