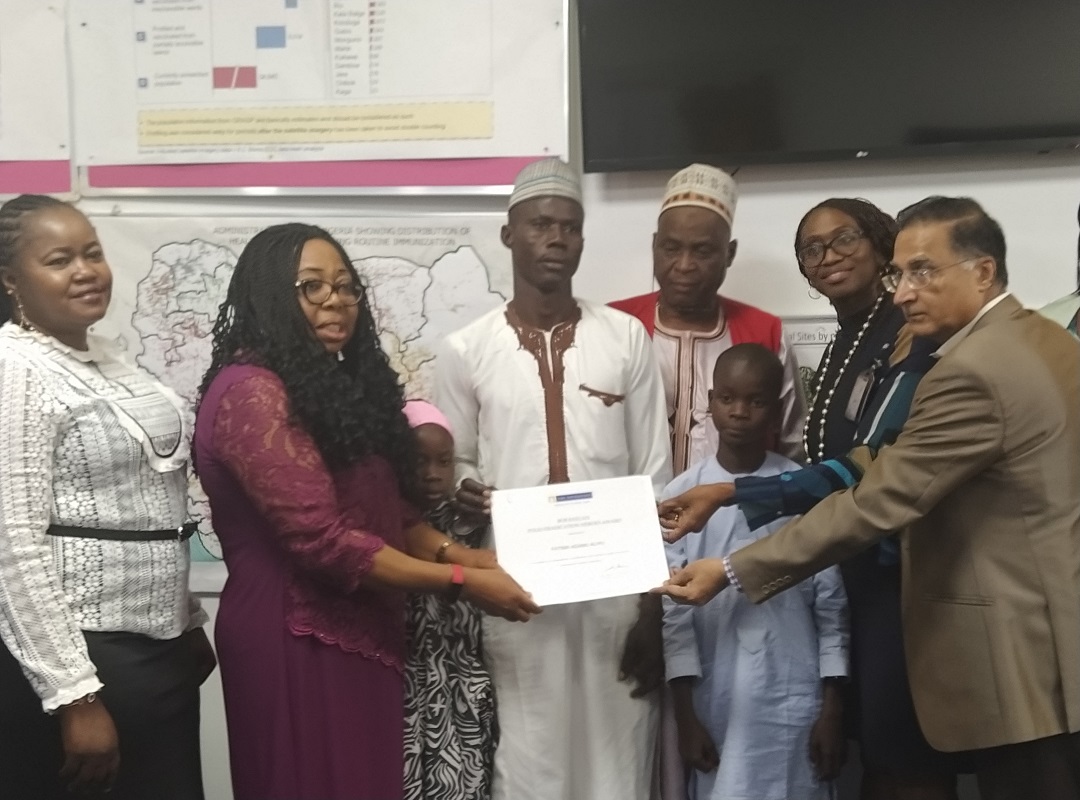 Fatima, a mother of two, died in a motorbike accident on her way home after rendering humanitarian service. Fatima was highly commended for her humanitarian impacts.

The Secretary-General of the Nigerian Red Cross Society, Abubakar Kende, informed that Fatima, alongside the other midwives abducted and murdered by the insurgents in the North East were honored during the Red Cross international conference in Geneva.

The Secretary-General appreciated the EOC for recognizing Fatima’s sacrifice in particular and Red Cross Volunteers, in general, saying this will further encourage the Nigerian Red Cross Society’s volunteers to do more.