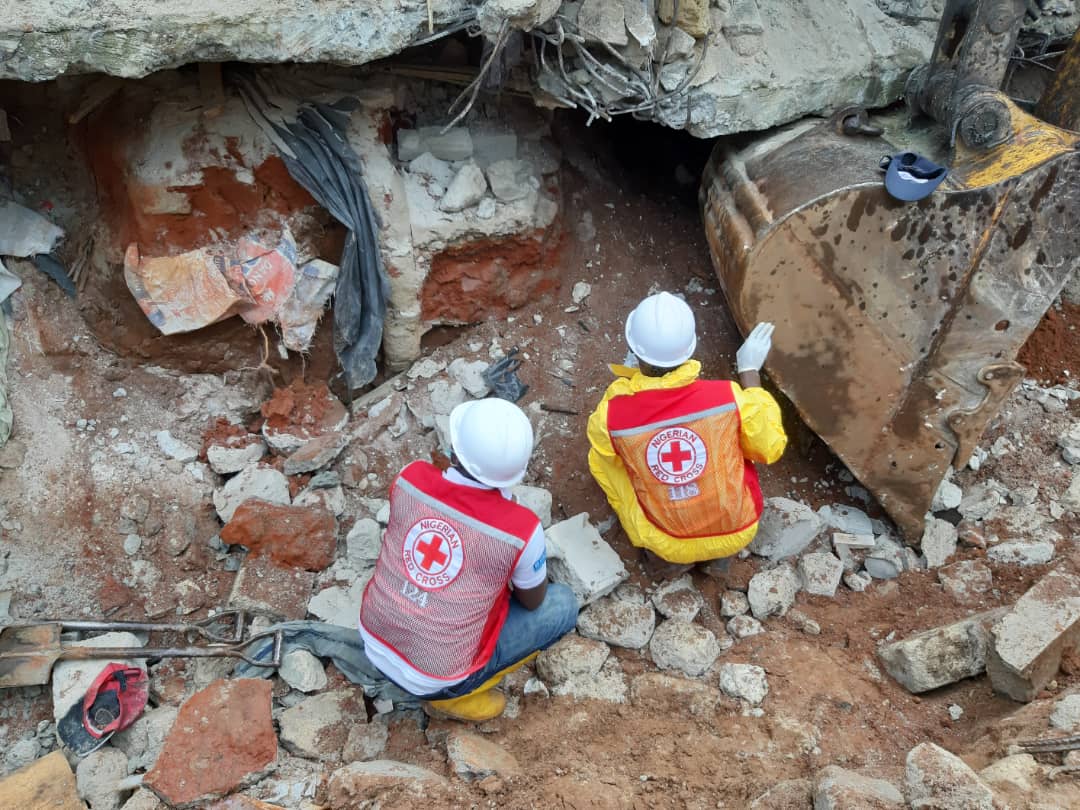 The Nigerian Red Cross Society Volunteers led by the Ethiope East Divisional Chairman of the Red Cross, Professor Edmond Atakpor were on ground before a team of volunteers from the Red Cross Branch Office,  Asaba , came for additional man power support.

Professor Atakpo explained that it was difficult to bring out the trapped bodies. ‘’ a tunnel had to be dug through the rubbles given the numbers of floors that buried the victims. The rescue operation saw the Red Cross volunteers digging into the debris with shovel after excavators had been used to clear off the rubbles to enable them bring out survivors or remains of some of the workers trapped.’’ He said

Atakpo informed that ‘’In all, a total number of four persons were confirmed dead as the recorded survivors fled the building before it collapsed.’’

They described the Red Cross as one of the humanitarian societies that is always on ground to alleviate human suffering.