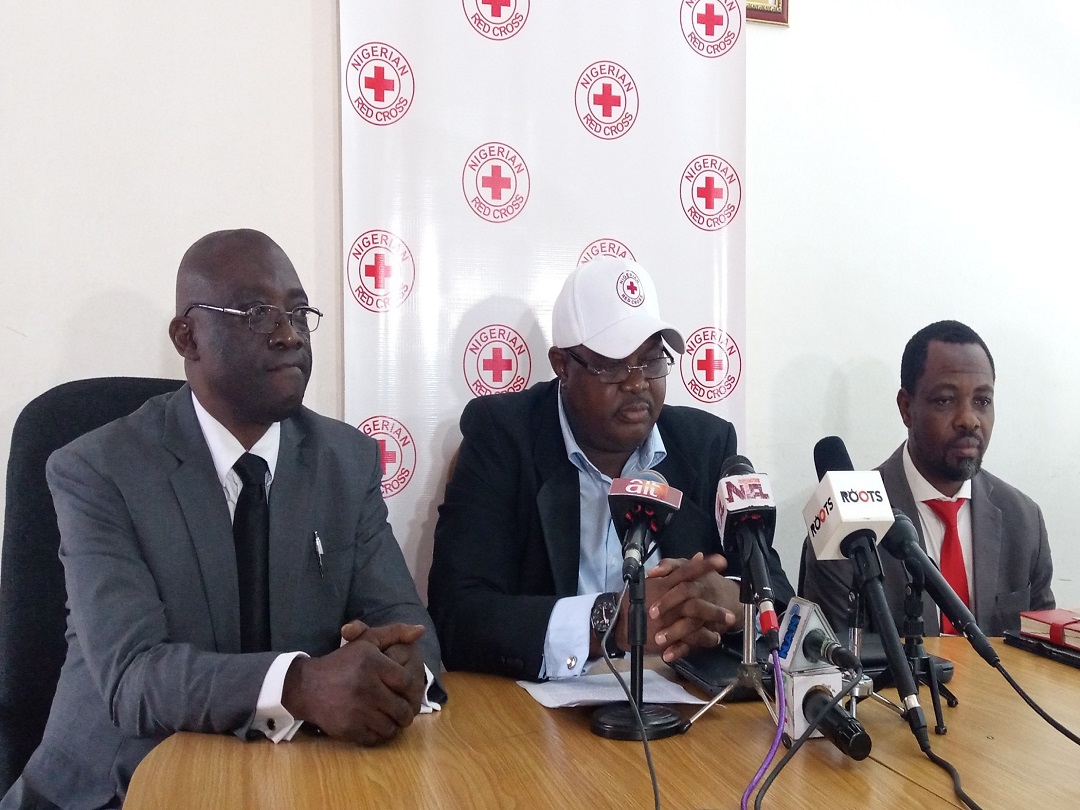 The Nigeria Red Cross Society (NRCS) has unveiled its 2019 flood response plans just as it closed the 2018 flood operations launched in July 2018 through June 2019 in 22 most affected states.

Mr Abubakar Kende, the Secretary General of the organisation, announced this at a news conference in Abuja on Tuesday.

Kende said heavy rains recorded across the country within the period under review caused severe flooding in 129 local government areas of 12 states.

According to him, the floods affected over 2,321,592 people, leaving an estimated 722,741 people internally displaced and 351,236 people who needed immediate humanitarian assistance.

He recalled that on Sept. 17, 2018, the Federal Government declared a state of emergency in four most affected states including Niger, Kogi, Anambra and Delta, where thousands of communities evacuated submerged settlements to seek refuge in temporary camps.

He added that as flood wave of river Niger continued to intensify and additional water from dams were released; five more states including Rivers, Bayelsa, Taraba, Kebbi and Adamawa, were also declared state of emergency.

Kende said in all these natural disasters, the NRCS was the first to respond, saying it was possible due to high network of trained community based staff, volunteers and support from local and international partners.

“The NRCS volunteers were actively involved from the onset assisting affected communities through search and rescue, first aid, evacuation, provision of psychosocial support services, distribution of food and non-food items.

“Others are hygiene promotion and health education, cash distribution based on minimum food basket, provision of portable water through sinking of new bore holes, rehabilitation and repair of damaged ones, camp coordination and management.

“All these were made possible through community engagement and accountability, principles, sphere standards and International Disaster Response Law (IDRL), among others,’’ Kende said.

He explained that NRCS in partnership with International Federation of Red Cross and Red Crescent Societies (IFRC) launched a USD 5.4 million emergency appeal to reach 300,000 flood affected individuals over a nine month period.

Kende said at the end of the operation, from emergency through recovery stages, 333,684 affected people were assisted with various types of emergency and recovery materials.

“At the end of intervention, a total of 68,450 people had improved access to safe water through construction of 10 new boreholes, while 50,000 households received aqua tabs and jerry cans for household water treatment.

“A total of 96 latrine units were constructed in schools and health facilities which provided access to latrines for 21,518 people thus reducing open defecation and its attendant risks.

He added that the humanitarian support went a long way to cushion the immediate and long term effects of the affected people of 2018 floods in the country.

Kende called on government at all levels, corporate organisations and individuals to support the preparedness of 2019 floods ravaging several communities in the country in order to mitigate current and future emergencies.

He stated that about 25 states have been affected by the floods as at second week of August damaging lives, properties, critical infrastructures and livelihoods.